Sunday August 9 and it has been tough for the Juniors and their golf days throughout the Northern Rivers.  Many days have been cancelled due to COVID and the numbers have been down for those clubs who have held their Junior Golf Open Days.  Casino decided to go ahead with their Annual Graham Coe Junior Golf Day and of course the field was down but what a great day for those who could make it.  There were 5 Hole players, 9 Hole players and of course the 18 Hole Boys and 18 Hole Girls.  Budding golfers Brad Brenton, Ellis Knox, Hannah Houston and Isla Wenham had a great day out in the 5 Hole competition all receiving a prize for their great effort donated by the first ever Junior Golfer Casino had Bill Bosley when he was 9 way back 60+ years ago.

There were no 9 hole girls this year but the 11 boys coming into form contested this competition with Charlie James (11) from Byron Bay wining the Gross having 47 and Rowan Rekhy (23) from Murwillumbah having the best nett score of 30.

The 18 Hole Girls competition was won by Hollie Fuller (6) from Grafton with 82 Gross and the Nett Girl Winner was Kortni Houston (21) from Coolangatta & Tweed Heads with a 66 nett (having a gross score of 87).

What a finish for the 18 Hole Boys though Reilly Wunderlich (4) from Yamba and Charlie Dean (4) from Ocean Shores both finished with a 73 off the stick and chose to have a Sudden Death Play Off to see who would be the Gross Winner.  The boys started down the 8th Hole then on to the 17th ; back up the 18th being square after 3 holes they went down the 1st which proved to be the winning hole for Reilly after  Charlie put a shot into the water.  The boys congratulated each other on a great game.  The Boys Nett 18 Hole winner was Thomas Molloy (20) from Lismore with 69 Nett on a c/b from Reilly & Charlie.

Thank you to all the parents who come along and support these great children who enjoy the game of golf from such a young age and the friendship they enjoy with young golfers from all over the Northern Rivers; to Bill Bosley for his support in providing some of the prizes given to the children,  to Lang Doolan the Casino Pro as well as the volunteer golfers and Board Members who came along to provide a BBQ lunch and the great company of all the parents and children.

Updated 9 hole handicaps after the Casino event are located  here 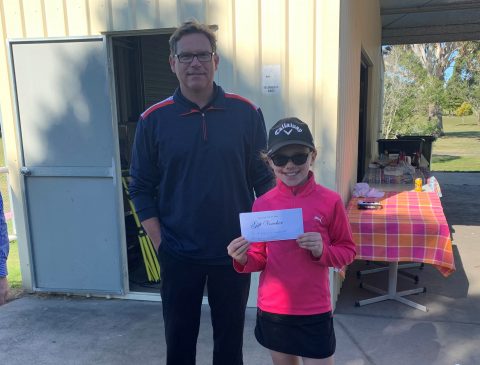 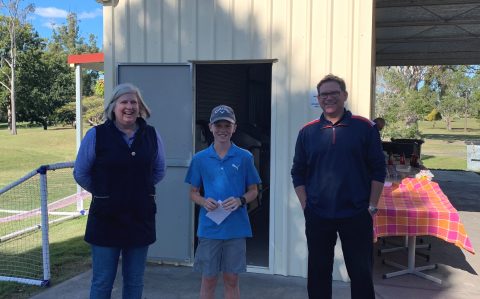 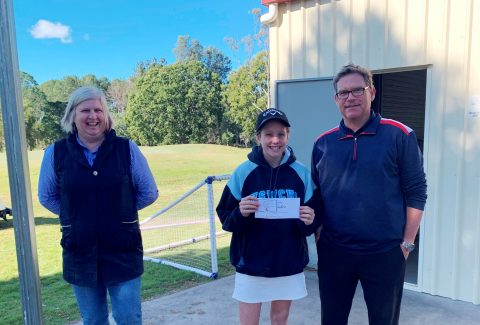 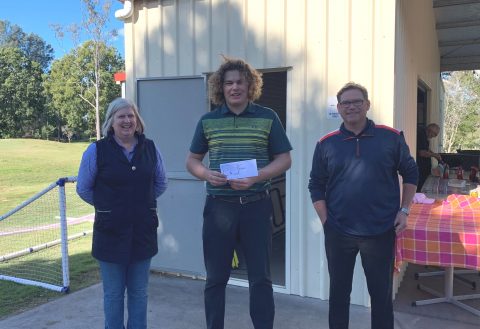